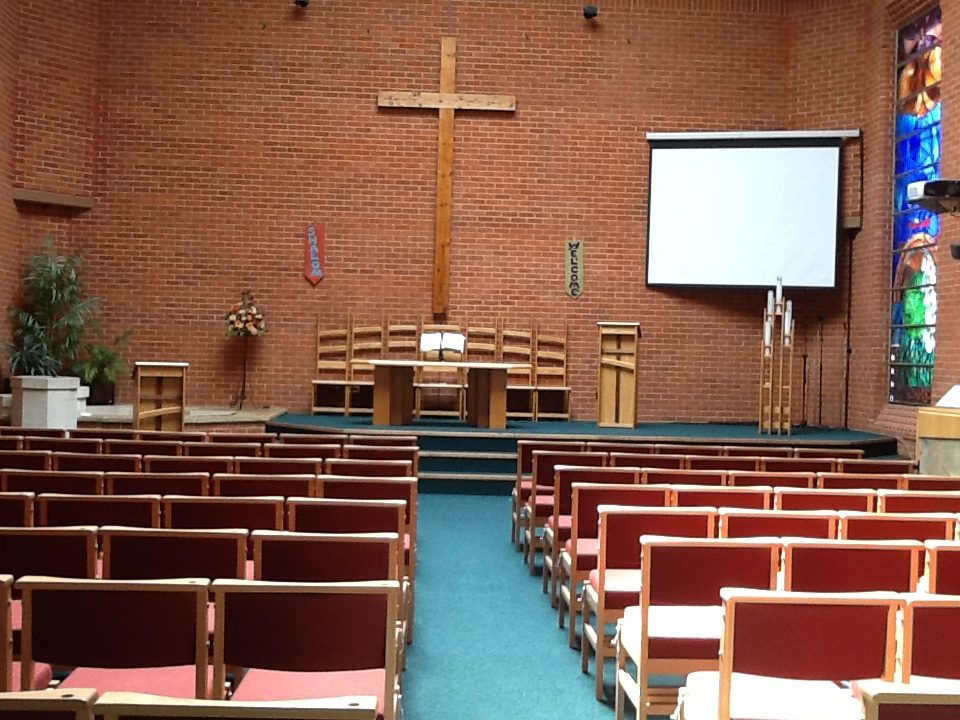 We are a single congregation church comprised of three denominations, and recognised by their three governing bodies – both nationally and locally:

We serve the Swindon town centre area.  Our membership is also drawn from other areas of the town.

In 1970 we were five churches wondering what the future held for us.  These original five churches were the Baptist Tabernacle, the Methodist Central Hall, Broad Street Church of Christ, Sanford Street Congregational Church, and Trinity Presbyterian Church. These last three denominations joined together and now form the United Reformed Church within Central Church.

Then God challenged us, through Swindon Council of Churches, to close our separate churches and follow a vision to come together as one worshipping ecumenical community, ministering – with the guidance of a full-time team – not only to our own congregation, but also to the town centre.

We accepted this challenge and, in 1978, vacated four church buildings and came together as one united congregation in Trinity Church, the red-bricked building at the bottom of Victoria Road – calling ourselves ‘Central Church, Swindon‘.

In November 1990 we moved into this purpose-built home (The Pilgrim Centre) which was built on the site of the original Baptist Tabernacle.

We are now a church within an ecumenical centre, with our sights set on the future – flexible enough to respond to the call of the Spirit.

This website uses cookies to improve your experience while you navigate through the website. Out of these cookies, the cookies that are categorized as necessary are stored on your browser as they are essential for the working of basic functionalities of the website. We also use third-party cookies that help us analyze and understand how you use this website. These cookies will be stored in your browser only with your consent. You also have the option to opt-out of these cookies. But opting out of some of these cookies may have an effect on your browsing experience.
Necessary Always Enabled
Necessary cookies are absolutely essential for the website to function properly. This category only includes cookies that ensures basic functionalities and security features of the website. These cookies do not store any personal information.
Non-necessary
Any cookies that may not be particularly necessary for the website to function and is used specifically to collect user personal data via analytics, ads, other embedded contents are termed as non-necessary cookies. It is mandatory to procure user consent prior to running these cookies on your website.
SAVE & ACCEPT